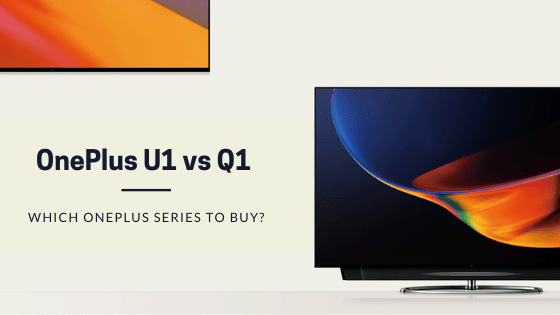 In this article, I would be comparing two premium televisions, the OnePlus U1 vs Q1. I would go through the technical details. But for the average retail buyer, I would also state in simple words, which model is the better buy.

To begin with, both OnePlus U1 and Q1 are 55 inch smart TVs with LED displays. On the surface of it, both seem to have similar features. However, one is priced at around 53,000 while the other one is a whopping 70,000 Rs.

So, why the price difference and which one to buy?

Read on to find out.

If you are a value buying and want the best bang for your buck, I would recommend, opting for this model of OnePlus. It looks much better, has a better user experience and offers almost the same functionality.

However, if you have a slightly bigger room and/or looking for picture-perfect viewing and sound quality, then opt for this model (More User Reviews).

To find out how I recommended the models above, read the technical details below.

OnePlus U1 vs Q1 Pro – The Details

The OnePlus U Series, however, was launched in July 2020. So it is comparatively newer of the two television models that we are comparing.

On the face of it, both models look to have similar specs. However, there are certainly a few major difference that justifies the massive price difference between the two.

OnePlus U1 vs Q1 – The Differences

To make it easier to understand and visualize, I have made the comparison table below.

Note – The table below only highlights the differences between these two models.

Now, let us go through each of the points mentioned above in the table in a lot more detailed way for better understanding.

The OnePlus U series comes with a LED display, while the Q Series has the more expensive QLED panels. So, even though both television models have a 4K Ultra HD (3840×2160) resolution. The Q Series has a much better display output compared to the budget U Series models. This is also the major reason for the vast difference in the price range of these two models.

But do note that both displays come packed with features like Noise Reduction, Dynamic Contrast, Dolby Vision, HDR 10, and HDR10+. So don’t think you are getting a bad deal amongst any of the two models at hand.

But, both models support Dolby Atmos and DTS-HD

So there you go. The two main differences between these two models are the screen quality and sound output. These features have a major impact on their cost too. Details of which can be found above.

However, there still many minor differences that we can go through below.

If you are into gaming or use other gadgets that use connectivity ports, this section might interest you. Otherwise, for a regular user, the connectivity options provided in both models are more than sufficient.

The Q Series models have an extra ethernet and USB port. However, the U model too comes with 3 ethernet and 2 USB ports. Which are sufficient for regular usage.

Both TVs also come with 2.4GHz and 5GHz WiFi bands and Bluetooth 5.0 connectivity.

No major difference for the regular user. The operating system built by OnePlus is based on Andriod TV OS and come with inbuilt support for Chromecast and Google Assistant.

OnePlus also keeps updating its software on regular basis. This is easily installed, the only thing you need to upgrade is a good internet connection. 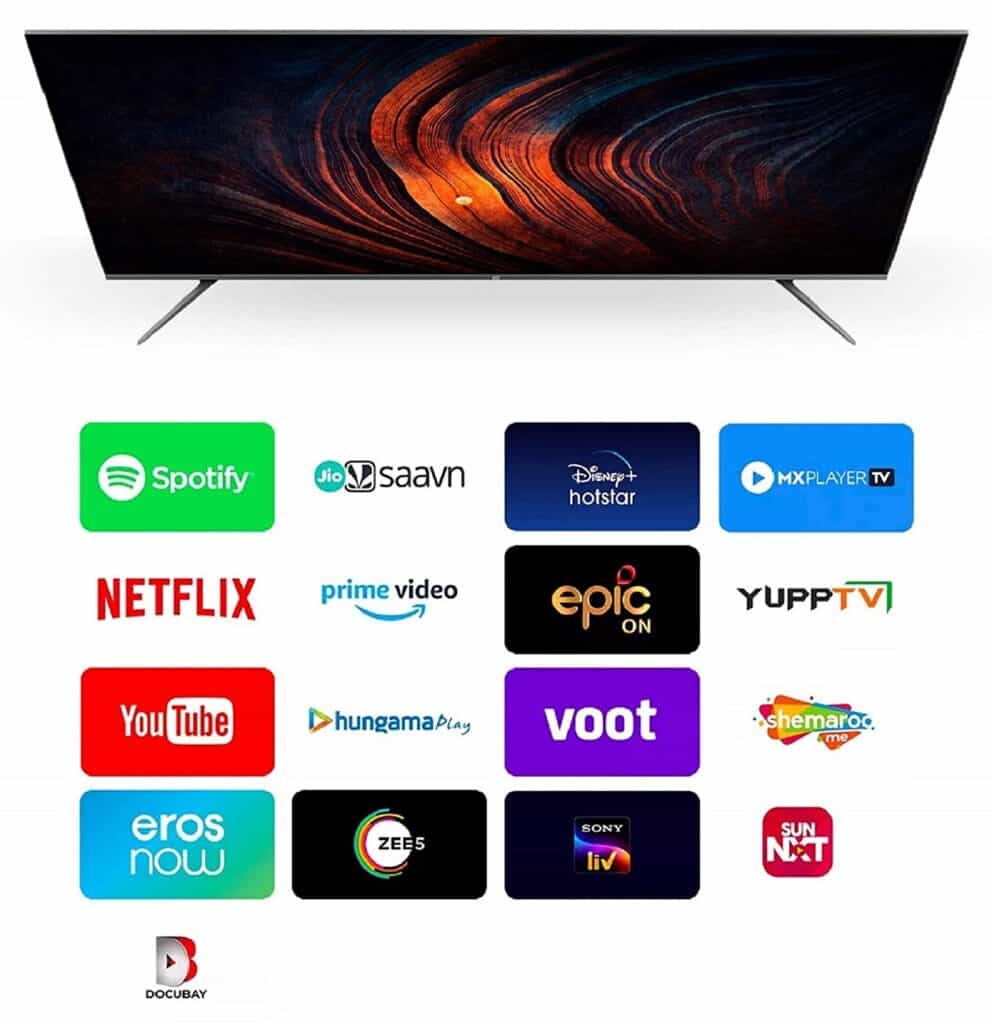 However, since the U series is the newer of the two models. It might get supported longer than the Q Series (Depends on the popularity of the series too)

U series scores well in this section. Since it the newer of the two models, it is slightly better and modern looking of the two.

Both models offer a near Bezel-less viewing experience. From the back, the Q1 look slightly more premium and robust, since it has a kevlar like finish. The U series even though thin looks a little flat from behind.

From the front, however, the U series looks really slim and presents a really nice viewing experience.

I think the U series wins this one simply due to the price difference as well.

The U series televisions now ship with modern (almost alien) looking remote control. Although it offers almost the same functionality as the one offered with Q Series. However, the only difference that I could find is that the Q series had a rechargeable battery set. While the U series has regular ones.

Again, a very minor difference that should not impact your decision making.

This is one of the most important factors while buying any product. I personally feel that if you are buying this television for family usage and/or have a normal room size. You should simply opt for the U Series.

The price difference is simply too vast for my liking.

However, if you are in gaming or have some specialized usage where you need that extra boost in performance (Screen and Audio), you can opt for the Q Series television.

This brings me to the end of my blog post comparing the OnePlus U1 vs Q1.

I really hope I was able to help you buy the right product for your home.

So, which one did you decide to opt for? Do you have any further questions? Any feedback that you would like to share with your fellow readers? – Do write to me using the comments section below.

Stay Safe! Have a good day.